In Patanjali´s classical texts about yoga, he outlines eight parts of a yogic practice. These parts can also be referred to as “limbs”. The most widely known limb of yoga is Asana practice– the practice of physical postures. In our Berlin Yoga Classes, we understand the value of going beyond the physical. This series is therefore dedicated to 2 other limbs of Patanjali´s eight-fold path: Yamas and Niyamas. 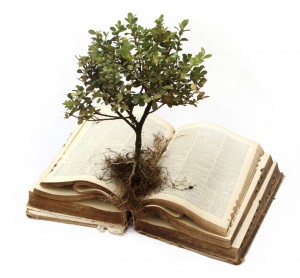 Yamas and Niyamas are the first two steps of yoga that Patanjali discusses in the Yoga Sutra. They are ethical, behavioral and spiritual guidelines for living. There is a lot of room for interpretation with the Yamas and Niyamas–because of basic translation issues (some concepts are very tricky to twist into English!). Because these guidelines are designed for yogis to personally interrogate, observe and experience in the context of their own lives, they aren´t considered ´rules´. These concepts are given to students of yoga to contemplate and potentially incorporate into their everyday lives.

Ahimsa is the first Yama, and it is most commonly translated as ´non-violence´. This is what Gandhi used to drive the British out of India. It´s also what we use in yoga, when we decide not to push beyond our limits. Ahimsa is about kindness, compassion and strength. It recognizes an ancient spiritual law that is echoed in many traditions- that violence leads to more violence- and proposes that we, as yogis, begin to halt that cycle by stopping it within ourselves.

What does non-violence mean to you? Where do you already practice it in your life? Where could you be a little kinder to yourself? 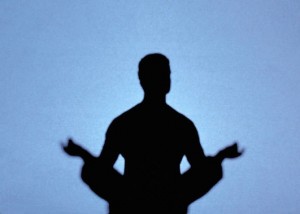 Satya is the second Yama, and it means ´truth´. Satya urges us to be honest with  ourselves, and with others. In asana, we practice Satya when we listen to our body and, again, respect its limits. Maybe that backbend looks terrific, but if it doesn´t feel good, Satya guides us to come out of it and rest with awareness in child´s pose. Less glamorous, maybe, but more honest and, in the end, better for you! It also means being honest in our relationships with others- saying ´yes´ only when we really mean it, and saying ´no´, with kindness, when that is the truth. Satya is challenging, because the truth is sometimes hard to hear and even harder to say.

What do you think about honesty? Are you ever dishonest with yourself, and do you understand why?

Tagged  8 limbs of yoga, Berlin Yoga, Patanjali yoga, Sutra yoga, What are Yamas, What is Ahimsa, What is Satya, What is yoga sutra, Yamas and Niyamas, Yoga sutras of Patanjali.
Bookmark the permalink.