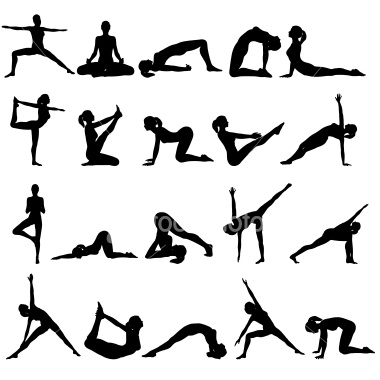 Today it is very common to hear about many different kinds of yoga in Berlin. And with so many variations to choose from, it can get rather confusing. In truth, there were originally only 4 types of yoga: Njana Yoga, Karma Yoga, Bhakti Yoga and Raja Yoga. These yogas were created so that people could practice the kind of yoga that was most attune to their own character.

My Hatha yoga in English classes stem from the original Raja Yoga style. Raja yoga focuses on controlling the waves of thought by turning our mental and physical energy into spiritual energy. The purpose of Raja Yoga is to attain inner peace through meditation. In order to do this one must gain control over the physical body and prana (or vital energy), so that meditation can happen naturally. Raja Yoga consists of eight steps. The third step (Asanas) and the fourth step (Pranayama) is what makes up Hatha Yoga. This is the only kind of yoga that actually deals with the body and the one that most westerners think of when the word yoga is mentioned.

All of the yoga styles that have to do with physical and mental control stem from Hatha Yoga. The kinds of yoga we hear about today in the Berlin studios around us have much more to do with marketing then with providing separate types of yoga. These types and names are more of a description of the teaching method. For example a Vinyasa flow class will concentrate more on teaching the asanas with a flow rather than remaining static in them. Power yoga teaching will work to make you sweat. Hot yoga will teach yoga in a (very!) hot room. And the list continues with no end. Last year, I even heard of bicycle yoga! After trying to figure out how such yoga would work and picturing headstands being performed on the saddle of a bike, I discovered that it was about riding bikes out to different places, getting off the bike and then practicing yoga. I must say that I was relieved!