Aging and the Body in Western Yoga Culture

The World Health Organisation estimates that, between 2000 and 2050, the world’s over-60 population will double, bringing the number of elderly people to over 2 billion. That means more elders than children for the first time in human history.

This demographic shift is often portrayed as burdensome, expensive and even threatening. Especially in Western societies, media reports of an aging population carry a certain tone of doom and gloom. Why, in the West, do we fail to value older people? What, exactly, are we avoiding by directing our attention elsewhere? And what, given this is a yoga blog, does this have to do with yoga? 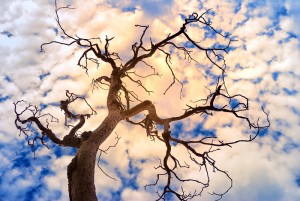 One of the slow mental/emotional/spiritual changes that yoga practitioners meet with is the realization that the body is finite. The body is also full of stories; it links us to the past, as well as displaying the present. As you practice, you become more sensitive. You learn to recognize and respect your body’s limits, and to value your body’s messages to you. You learn when to push, how to push wisely and when to back off.

The practice of unifying the physical, spiritual and emotional layers of self is yoga; and the integration of the paths of yoga in daily life hopefully lead one to a higher regard for all life: the widening of the circle of awareness, love and attention. The isolated ego learns to accept its unity with all things, and all things become sacred. This is how yoga benefits the world—it teaches us to remember our interdependency.

It is precisely this all-things-being-sacred that our societies are scrambling to avoid, and this is why, I would argue, we fail to recognize and value older people. Because aging bodies often bear the scars of overwork, stress and isolation more visibly than younger ones, the depiction of older bodies—as well as the depiction of differently-abled or ill bodies—is often studiously avoided, in order to avoid dealing with these uncomfortable social realities. This is a very wide-ranging social trend and it has been, disappointingly but perhaps also understandably, reproduced in the yoga world.

Yoga is not a path to eternal youth, thinness, beauty or flexibility. It’s a highly personal dance with the reality of impermanence. It’s about death as much as it’s about life. Unrealistic images of young, thin, white, female able bodies doing yoga poses have become the norm in the yoga industry, and it has the very sad effect of sidelining this fundamental, potentially revolutionary aspect of the practice. It would be more honest to portray yoga with an image of a rotting piece of wood, or a void of nothingness (…if that could be somehow depicted).

The yoga world could stand to learn a lot from the Japanese practice of Wabi-Sabi. Wabi Sabi is an aesthetic tradition that seeks to celebrate imperfection and impermanence. In contrast to our glorification of youth and perfection (and our avoidance of anything that doesn’t fit into that model), Wabi Sabi teaches us to slow down and appreciate decay, asymmetry and what Leonard Cohen calls the ”crack in everything/that’s how the light gets in”.

So, next time you’re feeling bad about some way in which your body has changed—next time you’re frustrated about having a cold, or being tired, or feeling your bones ache when the seasons change—use it as a moment to value everything you have ever seen in this world. Use it as a moment to consider all of food and water you have consumed in your life, to think of the people who you have known, to remember the places you’ve passed through, to have gratitude for the ways in which you’ve become more interesting and more humble through your life’s challenges and your body’s stories.

Take a moment to practice a gentle yoga of the mind, a yoga that restores and cherishes your body, that celebrates and values your finiteness. Restorative yoga, yoga nidra or a gentle hatha yoga practice are good options if it helps you to do something physical. But, regardless of how you move, consider your frustration as an opportunity to change your expectations of permanence and of perfection. Take it as an opportunity to practice yoga for beginners, which is the most advanced kind of yoga anyways: breathe, release, accept yourself and celebrate that you’re still here.

English Yoga Berlin is a collectively-run studio offering yoga in Berlin. We specialize in accessible, affordable community yoga and we offer vinyasa yoga, hatha yoga, classical yoga and yoga nidra. You can find our schedule of yoga Berlin Kreuzberg classes here. We look forward to practicing with you.