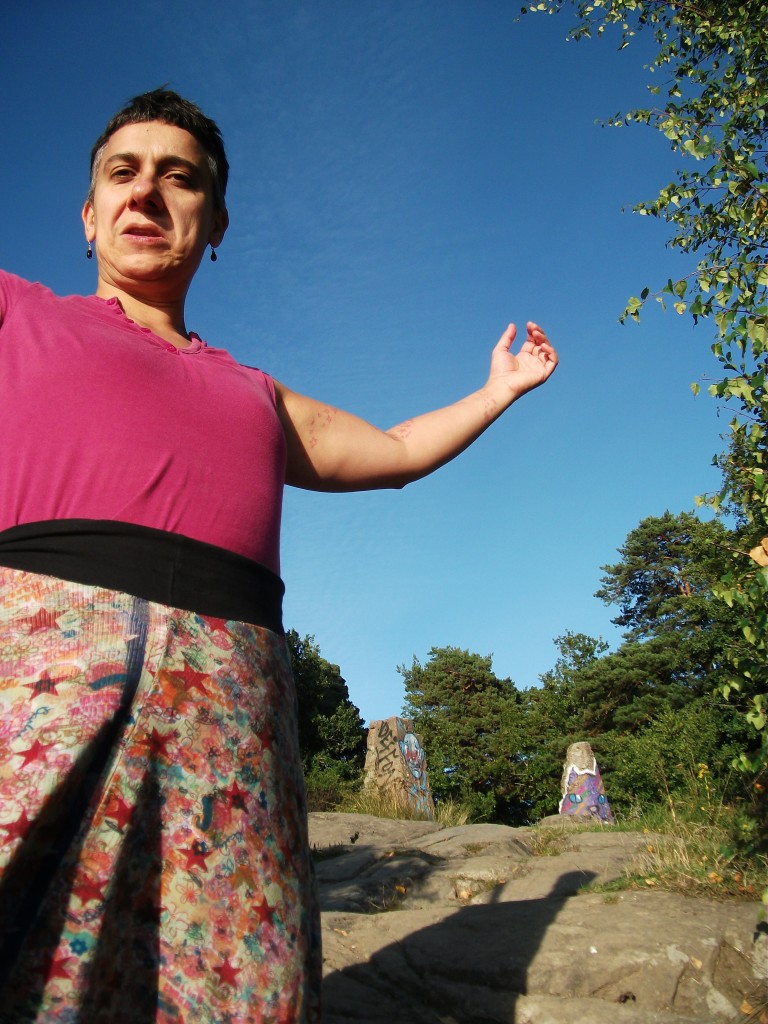 The trajectory of yoga over the centuries has seen a variety of different practices, styles, and approaches. What was originally a method of exercise for elite, higher-caste men in order to sit longer in meditation to achieve enlightenment has been co-opted and altered for western consumption. We’re working on a more in-depth blog about this, so keep posted! But right now, I’d like to address the dichotomy in contemporary western yoga of body-image.

In our contemporary western understanding of what yoga means, we express terms like “union” or “connection” – to describe the approach of connecting mind and body, and sometimes soul. This is a very different approach than the traditional practice that Patanjali outlined of seeing the body as an abject material object to discard on the way to god-like status. Western yoga has adopted a mind-body approach whose history leads all the way back to the ancient greek philosophers, and is inspired by the American movement of transcendentalist individualism, illustrated by the romantic poetic works of Walt Whitman and D. H. Lawrence, and philosophies of Emerson and Thoreau.

Through these influences, westernized yoga had the potential to liberate us from the constrains of western culture’s obsession with attaining the perfect body ideal. It was headed on that track. Instead, through an explosion of commercialization beginning at the end of the last century, it has fed right into it. Today in the west, the most common image of a yoga practitioner is a skinny, feminine white woman in an impossibly-twisted position, wearing skin-tight trendy clothing. Where does that leave the rest of us who could benefit from a yoga practice that professes “freedom” and “body love?” Is freedom only available for those who can afford to purchase its accessories or strict food regimes, or for those who are impossibly flexible or skinny, or those who fit into racist standards of beauty? In her essay published in the book 21st Century Yoga: Culture, Politics, and Practice: A critical examination of yoga in North America, Melanie Klein writes about how she first got interested in yoga to help heal from the negative body-image that led her to anorexia, and then later as yoga bloomed into a full-forced commercial industry with yoga models at the forefront, she found it feeding back into those old thought patterns.

The industry behind the commodification of yoga is selling an impossible body-image back at us in order to sell more products, and make us feel dependent on material goods by creating feelings of low self-worth amongst yoga practitioners. I’ve heard other yoga teachers say that they don’t drink beer because it gives them a thick belly, or they talk about fat-burning yoga classes. It’s a shame that a practice that is supposed to be about loving one’s body has come to such body shaming proportions. The culture claims that fat is unhealthy, but they ignore the fact that so many people starve themselves, or exercise vigorously, or modify their bodies in order to look more like the image they see in magazines. In the west, we are taught to have control over our bodies, not love them. I love good food, and refuse to count calories. I also like to drink a few beers now and then. I refuse to comply with ridiculous expectations of what I should look like as a yoga teacher. At one point in my life, I tried to live up to these standards, but never succeeded, of which I’m glad. We can’t all look like Barbie, no matter how hard we try. I personally feel that carrying a little bit more weight feels healthier and stronger to me than when I was much skinnier. And it’s a misconception that bigger bodies cannot be flexible or strong. I’ve seen people much bigger than myself do a fierce ashtanga class.

I’d like to be able to say that I’m never ashamed of my body, but I am not outside the influence of societal pressure. There are some days when I look in the mirror and wish my belly was flatter, my legs less hairy, but most days I let it hang out, completely unfettered. And I love it the most when I walk into a yoga class and see it filled with people of all shapes, shades, sizes, and genders. I hope that my bodily expression is something that helps them feel more comfortable in seeing something of themselves reflected in the person guiding them through the class. My kind of yoga is one where people can work towards feeling comfortable residing in their bodies and minds, not controlling them, but feeling good about themselves as they are, and letting go of oppressive ideals and expectations.