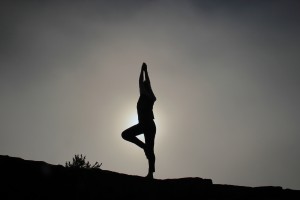 Yoga is 4000 years old. No, no it’s not! It’s 400 000 years old! What? No, Hatha Yoga is only 1000 years old. What yoga are you talking about? Yeah, I heard that there is even the yoga of singing! Is that even a thing? Sure! But what does that have to do with anything? But yoga belongs to the Hindu religion, right? No, it’s also buddhist and Jainist. No!… everyone says yoga has nothing to do with religion! But what about the Bhagavad Gita? It constantly uses the word yoga. That’s about a war! How uspiritual! Is Yoga spiritual? Isn’t Tantra Yoga all about sex? And where does Hot Yoga fit into all of this anyway? I’m not sure Patanjali would consider that yoga at all! Pata- WHO?

Come and join the lectures on History and Evolution of Yoga and Yoga Sutras of Patanjali.

In History and Evolution of Yoga we will explore the basic most important texts of Yoga, samkhya philosophy, Classical Yoga, Tantra Yoga and Hatha Yoga. We will talk about the spirituality behind yoga and the various philosophies that accompany it.

In the Yoga Sutras of Patanjali we will explore the eight fold paths of classical yoga, giving special importance to the ethics and moral observances, as well as the practice of detachment.

Feeling you want more? These lectures are part of the Dynamic Mindfulness teacher training course in Berlin, and have been opened up to the public. Check out the full course if you wish to go deeper into your yoga studies.

Pinelopi usually teaches Hatha Yoga and Pregnancy Yoga in Kreuzberg Berlin.  These lectures, however, will not take part in our English Yoga Berlin Studio, but at the Aikido center as mentioned above.