Mastering the Monkey: Is Peace of Mind Impossible? 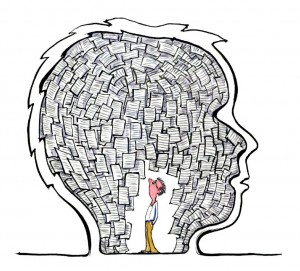 “You don’t think thoughts but rather thoughts think you.”

The mind often creates a natural barrier to inner peace. If you were to sit down, right now, and say to yourself, “For the next 5 minutes I will only think of a star,” you would find it is impossible to do so. The nature of the mind is for it to wander, to work with associations and to jump from thought to thought. In some ways, that’s its job. And in others, it ends up keeping most people feeling restless.

The mind is often compared to a monkey- jumping from one branch to another with no control.

Let’s follow the “monkey” and use the example above of focusing on the star; soon, I realize that the star reminds me of all the falling stars I have seen in my life. This thought brings me onto all the wishes I have made on those stars. That, in turn, makes me think of unfulfilled wishes, which reminds me that I’m unhappy. When I think about being unhappy, that tenses up my chest. Feeling the tightness in my chest reminds me that I have to buy an inhaler for my asthma- and why am I unhappy anyway?…

This is how the mind works. Within just a minute or two of thoughts, I have not only had mental fluctuations but I also have had emotional reactions from serene to sad. Every emotional reaction has produced a physical reaction, in this example my chest tightening, which has taken me through so much in such a short period of time. 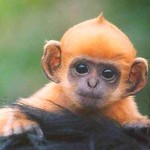 Photo by Rob from Cambridge MA

Practicing concentration techniques are very important for one to feel centered and grounded. Meditation is a great tool to make the most of the minds power by making sure it is not wasting it’s energy. In our berlin yoga classes, we practice these techniques by observing the body during the Asanas, by using the practice of Tratak and through Yoga Nidra. Because the mind is so important, it is vital to learn how best to use it. Once we have mastered these techniques, then we will be able to take the practice to a more advanced level in which we can find a way to master the monkey!