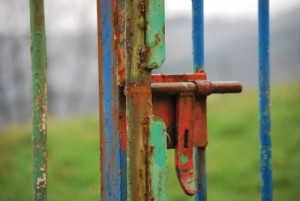 When most people think of yoga in Berlin, they probably conjure up an image of a body contorted into wildly flexible shapes, or perhaps a solitary figure meditating. They might associate the practice of yoga with chanting, or maybe with the sound of a Tibetan singing bowl. But rarely do people consider language as a part of the practice–and almost never do they associate yoga with jokes, stories or slang.  Perhaps this is because of our cultural heritage in the West around spiritual practices. We expect them to occur in a sacred domain, and we can’t imagine something as everyday as language being involved. There is definitely a time and a place for silence, but I feel, actually, that language is an  incredibly powerful and important tool, in yoga and everywhere else in life, too! Teaching yoga in English has taught me  a lot about cultural translation–certain concepts, which have a lot of different layers of meaning in Sanskrit, have been ‘shorthanded’ into English and lost much of their content. The clearest example of this is the word ‘Karma’. English just doesn’t have the depth and breadth and subtlety of Sanskrit when it comes to discussing states of consciousness (though, to give credit where credit’s due, it’s a great language to talk about getting drunk in–so many adjectives!). This presents a very difficult challenge: how do you translate yoga ideas and yoga techniques from one language/culture to another?

It gets even more complicated in our yoga lessons, because we teach Vinyasa Yoga and Hatha yoga in English in Berlin, therefore often teaching yoga to non-Native English speakers. Thankfully, yoga concepts are often extremely simple. Not easy, but simple. This is where jokes, stories and slang come in–they make people feel comfortable, and comfort is half the battle when you’re trying to learn something new. They also make it a lot more difficult to take yourself too seriously! I really feel that accessible language is incredibly important in a practice like yoga.